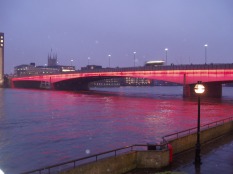 In this week’s podcast, Marcus Stead and Greg Lance-Watkins pay tribute to the extraordinarily brave people who helped disarm the terrorist, and discuss what steps can be taken to prevent similar attacks in the future.

Marcus and Greg also assess what effect the terror attack has had on the election, which is now less than two weeks away.

The podcast is also available on iTunes, Spotify, Google Podcasts and the TuneIn app.